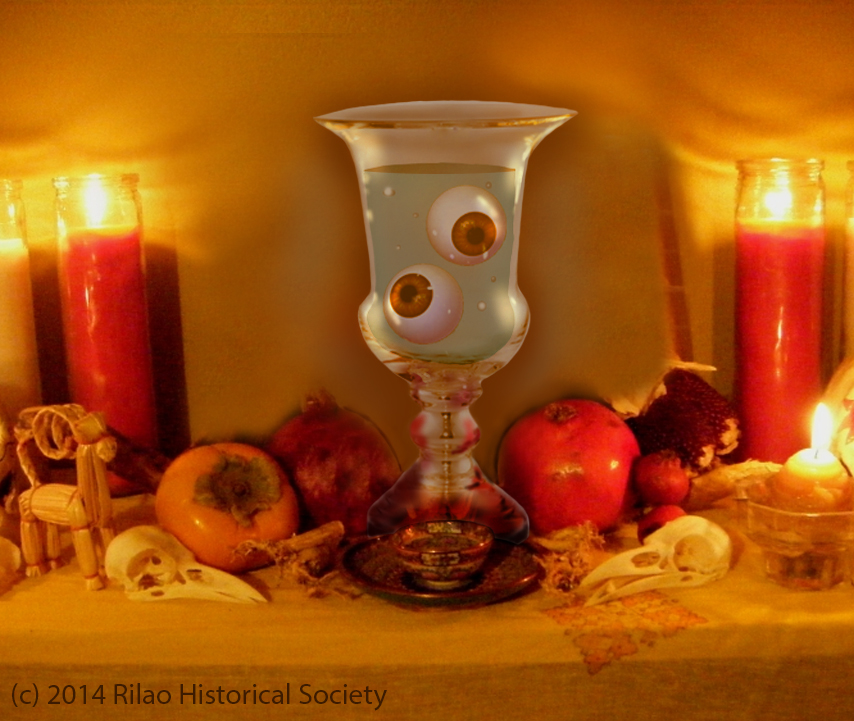 The real voyage of discovery consists, not in seeking new landscapes, but in having new eyes.
-Marcel Proust

After the Quarantine and enactment of mandatory cremations of infected bodies, Laoguna developed the tradition of memorializing late relatives by keeping their eyes–an emblem of their souls. The departed Laogunian was thought to receive a new pair of eyes upon entering the afterlife. The process, called “sighting” has long since been derided by Riloans of other districts, calling Laogunians who follow the tradition “Hollowers” after the hollow sockets left behind.

The manner of storing them became more and more elaborate over time, as did the tradition of representing the personality and the class of the person through decorations on the urn. Eye preservation techniques also evolved over the ages, and few early artifacts from the plague era exist. Nowadays, experienced morticians in Laoguna provide packages for every price point, including urns carved with increasing levels of craftsmanship.

This artifact (exhibit 1) comes from the Tali family, belonging to Teo Tali who died on his 87th birthday in the year 1974. Photo taken with permission from Ela Nali, his granddaughter, in October 2014. 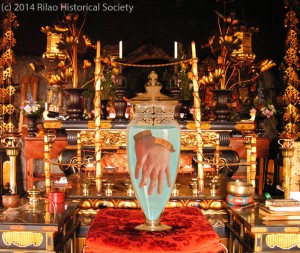