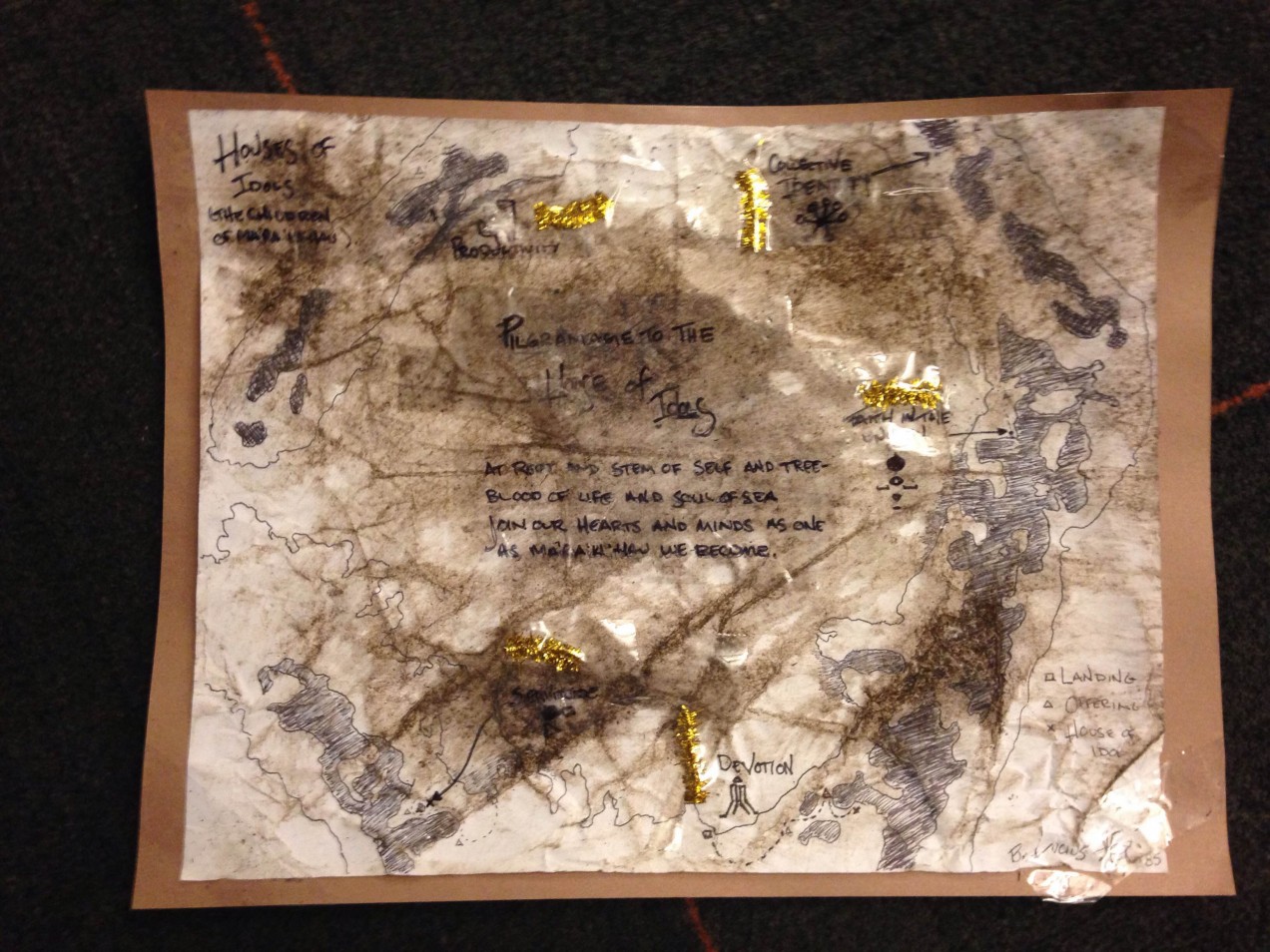 Lucius, the creator of telenovela “The Children of Ma’ra’ki’hau”, created animatronic idols that he placed deep within the Muka Tree Forest, originally as markers of Muka-La fuel locations. But these idols became symbols of Ma’ra’ki’hau values, and mark places of prayer and sacrifice to the monster. This map was originally drawn by Lucius, but has been copied and annotated and now also holds not just the locations of these Houses of Idols, but also the sacred paths and locations of ritual offerings and the key phrase/chant of ceremony: “At root and stem of self and tree–/Blood of Life and soul of Sea/Join our hearts and minds as one/As Ma’ra’ki’hau we become.” 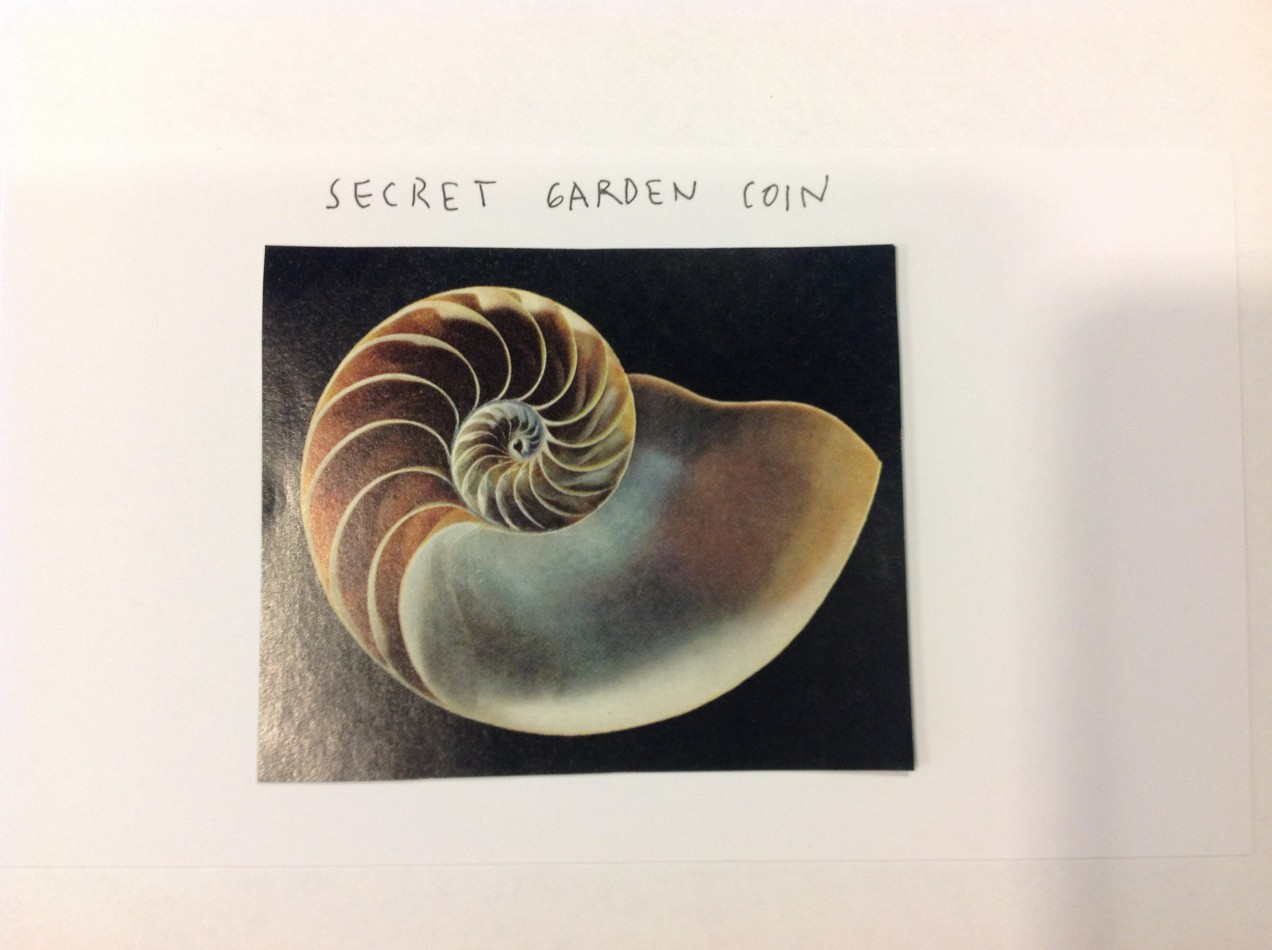